How to Pray like the Prophet Muhammad Salallahu Alayhi Wa Sallam 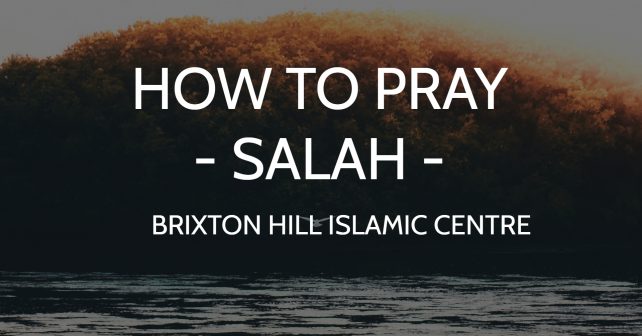 How to Pray – Salah

Salah or Salaah (Arabic: ‏صلاة‎; pl. ‏صلوات‎ ṣalawāt, meaning “prayer” or “invocation”),[1] alternately spelled Salat, also known as Namaz (from Persian: نماز‎), is one of the Five Pillars (Salah is the second pillar) in the Islamic faith, and an obligatory religious duty for every Muslim. It is a physical, mental, and spiritual act of worship that is observed five times every day at prescribed times. In this ritual, while facing towards the Qiblah in Mecca, one stands, bows, and prostrates oneself, and concludes sitting on the ground.[2] During each posture, one recites or reads certain verses, phrases, and prayers.

The word salah is commonly translated as “contact”, “communication” or “connection”. Using the word “prayer” when translating to English can be misleading, as “prayer” is more frequently used to translate a different word, “dua“, a reverent petition made to God. Salah may be better translated as “communication with the divine”, as it primarily means to establish contact with the divine rather than making a petition.

Salah is preceded by ritual ablution and consists of the repetition of a unit called a rakʿah (pl. rakaʿāt), which in turn consists of prescribed actions and words. The number of obligatory (fard) rakaʿāt varies from two to four according to the time of day or other circumstances (such as Friday congregational worship, which has two rakaʿāt). Prayer is obligatory for all Muslims, except those who are prepubescent, are menstruating, or are experiencing bleeding in the 40 days after childbirth

These five prayers are the “fard” (obligatory) prayers that every Muslim should do, and Muslims often pray additional prayers as “Sunnah” or “Qiyam” which is an extra prayer (Non-obligatory, there is no sin in missing it). Children are encouraged to start learning how to pray at the age of seven years.

Muslims can pray at any where when the time of prayer is due. However, it is more rewarding to make congregational (Jamaat) prayer in Mosques.

Here is a video of How to prayer 2 Rakat Detailed

Here is a video of How to prayer 3 Rakat Detailed

Here is a video of How to prayer 4 Rakat Detailed