How to take Ghusl : Ritual bath in Islam 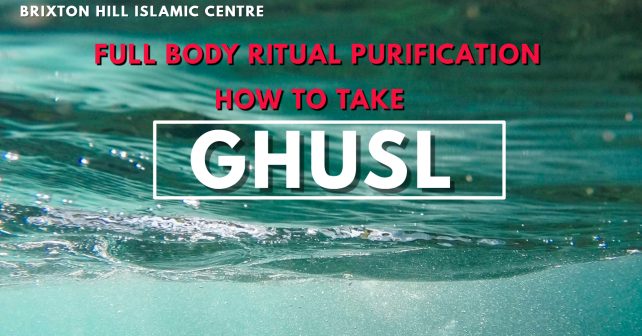 Ghusl (Arabic: غسل‎ Ġusl , IPA: [ˈɣʊsl]) is an Arabic term referring to the full-body ritual purification mandatory before the performance of various rituals and prayers, for any adult Muslim after having sexual intercourse, ejaculation[1][2] or completion of the menstrual cycle,[3] although wudu or just sleep, without either, are the lesser stages of purity that is acceptable.[4]

The washing is also recommended but not required (i.e. it is mustahabb) before Jumu’ah[5] and Eid[disambiguation needed][6] prayers, before entering the ihram in preparation for Hajj, after having lost consciousness and after formally converting. Shia Muslims also perform the ablution before Namaz-e-tawbah (Prayer of Repentance).

Ghusl is often translated as “full ablution”, as opposed to the “partial ablution” of wudu وضوء that Muslims perform after lesser impurities such as urination, defecation, breaking wind, deep sleep, and light bleeding.

Please Watch | How to take Ghusl : Ritual bath in Islam | Shawana A. Aziz

Types of ghusl by purpose

Ghusl becomes obligatory for seven causes, and the ghusl for each of these different causes has different names:[8]